Pipe Splitting is undertaken using the same hydraulically-powered push pull rig and steel rods that are utilised for Static Pipe Bursting. However, for pipe splitting the bursting head is specifically designed to cut the existing pipe as opposed to fracturing it. The reason for this is that the existing pipe that is to be replaced is not of brittle construction but is made from a ductile material such as steel, ductile iron, UPVC or polyethylene.

In this instance the splitting head is designed to score the inside of the pipeline, in one or more positions around the inside diameter. The cutting section of the bursting head can be built with either angular cutting blades or with a series of cutting rollers that increase in diameter to form a sloping roller blade.

Once the existing pipe is scored, the expansion cone section of the bursting head tears the scored sections apart and pushes the remains into the surrounding ground.

The new pipe is pulled in behind the splitting head assembly as with Static Pipebursting.
It should be noted that the cut edges of the existing pipe have the potential to damage the replacement pipe and care must be taken to ensure the old pipe is opened up sufficiently to accept the new pipe. 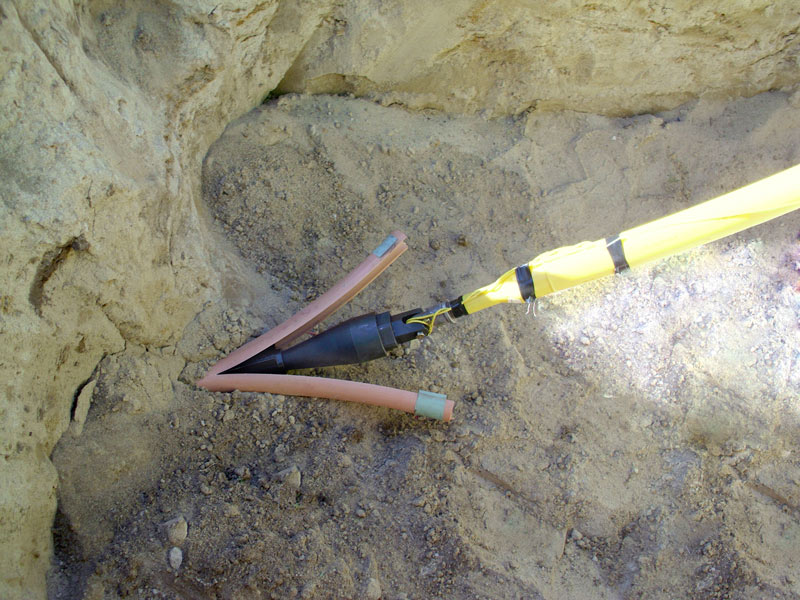 Pipe Bursting
Pipe Splitting
Pipe Eating and Reaming
Pipe Extraction
Live Mains Insertion
Our website uses cookies from third party services to improve your browsing experience. Read more about this and how you can control cookies by clicking "Privacy Preferences".