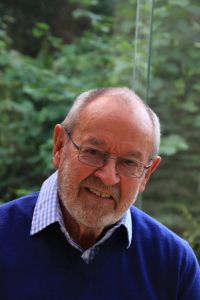 UKSTT are proud to announce that the Society will be awarding their prestigious ‘Lifetime Achievement Award’ this year to Chris Rees. For more than fifty years, Chris has been a force to be reckoned with in the UK, with a career spanning interests in pipe jacking and tunnelling to the rehabilitation of watermains.

Below is an article written in 2014 by Julian Britton, Wessex Water highlighting Chris’ career.