Interconnectors: What’s the fuss about!

Title: Interconnectors: What’s the fuss about!

An Overview Of:
• why HDD is becoming the preferred method of pipeline installation
• considerations when designing and planning a HDD
• case studies indicating how this versatile technique can be applied 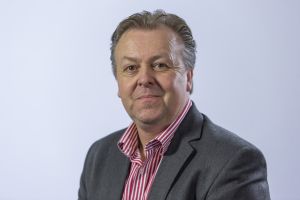 Scott’s career started in Horizontal Directional Drilling (HDD) in 1988 working for Visser Smit Reading & Bates (VSRB) as a steering tool guidance engineer.  Working throughout Europe Scott became one of VSRB’s HDD Maxi Rigs   Project Managers in 1991 before moving over to Visser & Smit Hanab (V&SH) in 1995 where he continued to develop the HDD technique in Europe.  From 1995 – 2015 Scott has been involved in major HDD projects undertaken which range from drillings to install 56” pipelines over distances of 2.5kms.  He has also been heavily involved in HDD  landfall and shore approaches where under water connections are required in varying ground formations from soft soils through to hard rock formation.  In 2015 Scott moved from the operational to commercial side of the business to further develop the market within the UK.