Since its introduction in the early 1970s CIPP has been one of the most frequently used trenchless technologies for rehabilitation of gravity pipe networks, and subsequently for pressurized pipes as well. From the early years, synthetic fibers were the material used as a carrier to the resin, in the manufacturing stage, until the uncured liner was installed and cured. The technical performance of the cured liner was dependent, in large part on the resin used.

During the 1980s, a number of companies started to use more advanced materials which led to the birth of reinforced CIPP. Material and the design of CIPP liners in both gravity and pressure applications have progressed especially during the last 20 years. Today we see structural CIPP applications in a large range of diameters and pipe shapes in many countries across the globe.

This webinar will look retrospectively at the development of both gravity and pressure CIPP applications, to give the audience an informed view as to what technical degree the technology for CIPP has evolved, in terms of materials, design and application technology, to achieve final pipe performance in meeting today’s requirements and relevant standards. 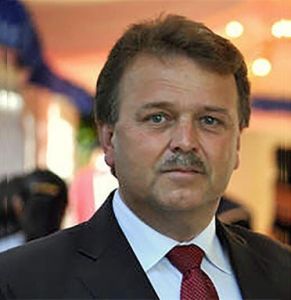 After graduating as a computer hardware engineer in 1981, shortly afterward I began working in the thermoplastic industry while continuing studies in rubber and plastic at Lulea University. In 1985 I started to work with the technical development of the very first commercially produced UV cured fiberglass-reinforced liner system, for a Swedish-based company where I remained as a technical director and shareholder until 1999. Since 2004, I have founded and remain the major shareholder in a number of companies, within the JBP Group, with a focus on the trenchless sector. I am principal and Managing Director of JBP Composites and also Export Manager for BKP Berolina.