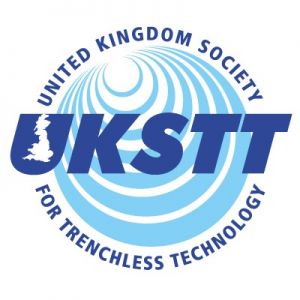 Q: What is your background and what brought you into the trenchless industry?

I graduated with a degree in Civil Engineering from University College London in 1968. Following that, my first post as a civil engineer was with Sir William Halcrow in Vancouver. I returned to the UK in 1970 and worked on the design and site supervision of sewers and sewage treatment works before taking a MSc degree in Public Health Engineering. Then I worked abroad in Hong Kong, Saudi Arabia, and Singapore for several years before returning to the UK in 1984 when I took up a post as a Senior Lecturer at Manchester University, where I taught Water and Environmental Engineering and undertook research and consultancy in a variety of projects related to Trenchless Technology, including acting as an expert witness in several cases. It was during my period there that I first became interested in Trenchless Technology, partly as a consequence of attending the first No Dig Conference and Exhibition in 1985. I remained in that post until 1999 when I started my own consultancy specialising in Trenchless Technology. Much of the work I was doing at the time was in Hong Kong and so it was that in 2004 I joined Black & Veatch in Hong Kong as a Technical Director leading a team mainly involved with the trenchless rehabilitation of water mains and sewers until I retired from there in 2011 to return to UK.

Q: How/why did you get involved in UKSTT?

I joined ISTT after the first No Dig conference 1985 and, when it was decided to set up the UKSTT in 1993, 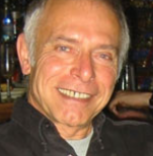 I became a member of the first management team of the society and negotiated for the UKSTT office to be based within the university. I later became the Technical Secretary for a period, and I have also been Chair and Vice Chair of the Society.   Apart from the time I spent in Hong Kong I have been a member of UKSTT since its inception in 1993. Whilst in Hong Kong I was a member of the China Hong Kong Society (CHKSTT) and also Chair of that society for several years.

Q: What goals do you want to achieve as a UKSTT Council Member?

I would like to see a greater involvement of UKSTT with colleges, universities and other training institutions so that future generations of engineers and technicians are made aware of, and become interested, in our industry. We are currently trying to promote collaborative links between our members and universities through research and development projects that could benefit both students and our members.

Q: What do you see as being your own greatest personal achievement in the trenchless industry?

Being present at the start of the trenchless movement in the UK back in the 1980s has been significant for me. At that time, I carried out research into social costs associated with open trenches and compared that with the social costs of trenchless methods. Back then the direct costs of trenchless methods were often greater than digging trenches. Bringing the social costs associated with increased traffic disruption to the attention of the community was one way by which trenchless methods were more readily accepted and paid for. More recently, giving technical leadership and direction to Black & Veatch’s involvement in Hong Kong Water Supplies Department’s major programme of water mains replacement and rehabilitation, and being able to pass on information on new trenchless methods to the project team to enable the problems of pipeline deterioration and leakage to be solved, was very satisfying.