Buried ducts that will hold the high voltage cables connecting the new Hinkley Point C nuclear power station to the National Grid have been surveyed and cleared of water by drainage engineers from Lanes Group plc.

A team from the Lanes Bristol depot has carried out the CCTV survey and cleaning project so the 12 cable ducts are ready for 400 kilovolt power cables to be installed.

Hinkley Point C, being built by EDF Energy on the Somerset coast, is Europe’s 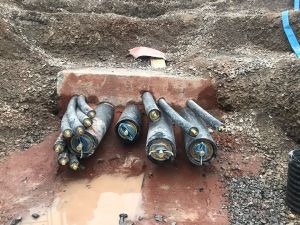 biggest single-site building project. When completed, it will generate about 7% of the UK’s total energy needs.

Lanes worked closely with engineers from the Kier BAM joint venture, working for NNB, part of EDF Energy, to devise the best methodology to clean, prove and survey the ducts.

Lanes Area Development Manager Jamie Commons led a team of four drainage engineers who completed projects over six months. He said: “Our drainage expertise and equipment were ideal for the task. 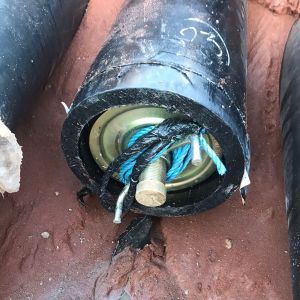 “Working with our Kier BAM colleagues, we devised a methodology that safely met the access challenges associated with the project and completed all works in the required timescale.”

Three bundles of ducting, each with four ducts – with lengths of 190m, 300m and 700m – were worked on. All were circular, with an internal diameter of 185mm.

The project involved four key tasks: removing water and debris from the ducts; prove their condition; carrying out CCTV surveys; and make them watertight. 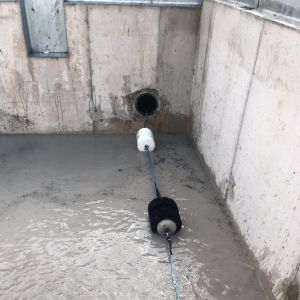 ducting was so long. A key part of the solution was the creation of a novel mini-parachute, powered by compressed air.

The first task was to send a pull rope along the duct. This was needed to pull mandrils along the pipe to clean it and prove it.

This was achieved by attached a tough polythene bag to the rope, creating a parachute. A powerful pneumatic compressor was then used to inflate the bag and push it through the duct.

The rope could then be attached to a plunger mandril, which was pulled through the ducting to force water and debris out of the pipe. 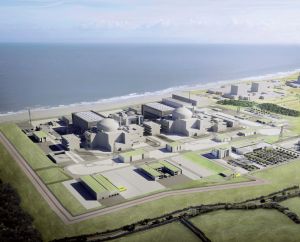 A 166mm-diameter proving mandril was then pulled through each duct to ensure there were no deformities that could hinder the later installation of the power cables.

The proving mandril was combined with a brush mandril to remove dust from each pipe at the same time.

Another key solution for the 700m bundles was to carry out all the work before the final 100m of each 700m duct was installed.

This meant the Lanes CCTV crawler camera, which has 300 metres of cable, could be used to survey the 600m pipes from each end, recording HD quality images inside each duct along its entire length.

The final 100m sections were then installed and surveyed with the crawler camera. The Lanes team then inserted bungs at both ends to stop more water or debris getting into them.

The same methodology was used to clean, prove, survey and secure the two 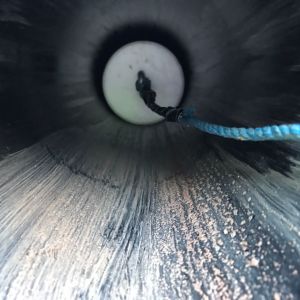 shorter duct bundles, but from one end only.

Enabling work for Hinkley Point C began in 2008 and construction on the 430-acre site began in earnest in 2016. Around 22,000 people across the UK are now working on the project.

The 3,200 Megawatt nuclear power station is central to the government’s strategy to meet the UK’s long-term energy needs, and its commitment for Britain to be carbon neutral by 2050. It is due to start generating energy in 2026.