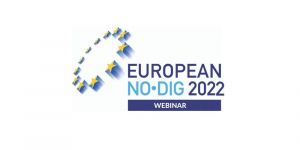 12:05 –    Presentation by Olivier Thepot, Ph.D. – Response of a cured in place liner in cast iron water pipe to joint expansion due to permanent ground deformation or seismic wave

12:40 –   Presentation F Fuselli – A unique example of close fit lining technology for the renewal of water pipes along the bridge “Ponte Punta Penna” in Taranto

Response of a cured in place liner in cast iron water pipe to joint expansion due to permanent ground deformation or seismic wave.
The response of segmented pipelines to permanent ground deformation as well as seismic wave are briefly discussed. Permanent deformations can be due to earthquake as well as tunnel boring or voids collapse. Ground strain typically varies from 0.1% to 1% and the corresponding joint opening varies from few mm to few cm. Unlike ductile iron pipes, cast iron pipes with lead caulked joints have low joint expansion capacity since leakage may occur at joint opening as low as 2 mm. The response of a cured-in-place pipe (CIPP) liner as it spans a joint expanded is then examined through analytical approach and finite element axisymmetric model. The effects of friction between the liner and the old pipe as well as the internal pressure and the material properties of the liner (Poisson’s coefficient and Young modulus) are investigated. It is shown that the axial stress increases with the pressure, the coefficient of friction and the modulus but that it decreases with the Poisson’s ratio. The Poisson’s ratio has here a positive effect because it decreases the contact pressure as the liner stretch. It is also shown that the axial stress can easily exceed the hoop stress of the free tube under internal pressure even for a displacement as small as 1% of the host pipe diameter. It is concluded that only a loose-fitting installation can guarantee the resistance of the liner.

A unique example of close fit lining technology for the renewal of water pipes along the bridge “Ponte Punta Penna” in Taranto
The Project concerning the rehabilitation of 4 pressure pipes located inside the bridge “Ponte Punta Penna-Pizzone” in Taranto represents one of the most significant international examples in the field of close-fit lining technology for the rehabilitated lengths, the particularities of the building area and the construction difficulties. The bridge rests on 14 spans rising to 47m and holds four steel pipes of 1.200m, DN 500mm hanging inside the deck of the structure. Through these pipelines passes a water flow of 500 l/s ensuring the water needs of about 200.000 inhabitants. The rehabilitation through close-fit lining technology consists to
insert into the old pipe a new tube in high-strength polyethylene, which is temporarily deformed and subsequently restored into the required shape and size to adhere perfectly (close-fit) to the inner wall of the existing pipe. The advantage consists in avoiding a significant reduction of the hydraulic section and in obtaining a new pipeline that guarantees its own structural resistance.
The following 4 main issues had to be managed: the pipes are hanging inside the bridge without a continuous confinement; there was no possibility to modify the bridge creating new access points; the only access is placed about 9m above ground, as well as the winch location and a length of 1.200m was required. The major concern was the investigation of the force distribution throughout
the entire length of the pipe, which would have determined the feasibility of the whole project. A shoring system, saddle steel plates and a steel carrier were used in order to avoid any damages or concentrated stresses on the existing pipe. All of these elements and the force distribution were calculated and verified from a structural point of view with a 3D FEM model. This was a very
important step, because any damages or deformations would have blocked the new PE (polyethylene) pipe. 3 blocks composed by 20 PE pieces were prepared along the adjacent street, each of them 20m long, so that 400m long sections were welded and insert at a time. The pipe was brought up to the entrance point and helped by some support rolls. After the insertion, the connections were restored. It was immediately clear that a qualified team had to be identified with a strong innovative capacity and capable of ensuring a coordinated management of the project throughout all its development. The cost of the rehabilitation was 2.5 million euro and it was successfully completed in about 9 months.