The route of an ageing 36-inch steel pipeline under a busy road confronted a renowned Canadian oil producer with unanswered questions. Closing the road to replace the pipes in open cut was difficult or only possible in sections; as was a longer-term interruption of the pipeline.

Cost-efficient during operation
During the project planning phase, the operator therefore decided to rehabilitate with the trenchless Primus Line® technology, which ensures the continued use of the existing pipeline infrastructure with a service life of up to 50 years. This not only reduced the investment and operating costs, but also resulted in health and safety benefits due to the minimal excavation work required.

This meant that oil production operations could be maintained without interruption during the work in progress. The excavation work was limited to minimal floor openings at the beginning and the end of the rehabilitated section. The liners were pre-folded and delivered ready-for-installation on transport reels by truck. All that was needed for pulling in was a cable winch. The rehabilitation period was placed between two emptying cycles, so that an initially planned temporary bridging with a bypass was no longer necessary.

Insertion within one day
In order to be able to transport the necessary volume of water that flows through the pipe during the regular emptying of a wastewater or production water basin, two 12- inch liners (max. operating pressure 16 bar) were pulled into the existing pipe, which
is operated at a pressure of approx. 10 bar. This provided a feasible and cost efficient solution.

To connect the liners to the old pipe, Primus Line developed a certified solution in the form of a special flange adapter plate, which was approved with the PTP stamp of a local engineering office. These reducing flanges (from 36 inches to twice 12 inches) allowed the patented Primus Line end connectors to be installed.

In this way, 420 metres of pipeline were renewed within one day with the simultaneous pulling-in of both liners in one section. Several bends of up to 45 degrees were also traversed in the process. The entire job, from mobilising personnel and equipment, to cleaning the old pipe, to the final pressure test, took two weeks. Primus Line supported the measure not only with the production and delivery of the material and equipment, but also with supporting engineering services and the monitoring of the execution phase by a supervisor on site. 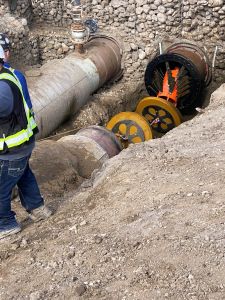 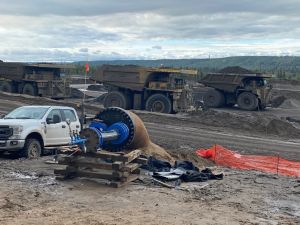 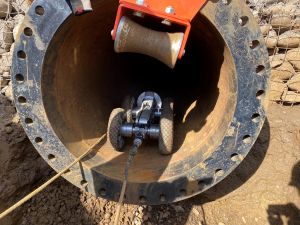 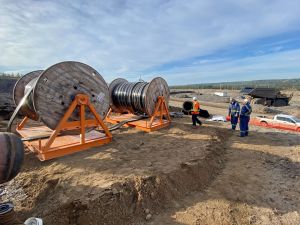 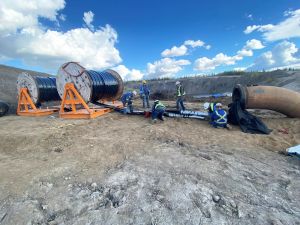