Steve Vick International are delighted to announce that Nicole Fever, R&D Technician Apprentice has won two awards in recognition of her outstanding commitment to her studies throughout her Level 4 Higher Engineering Apprenticeship in Manufacturing.

Nicole was firstly awarded Engineering Apprentice but then went on to win the highly prestigious Outstanding Apprentice of the Year at the Wiltshire College Apprenticeship Awards 2020.

Nicole studied the apprenticeship at the Wiltshire College & University Centre alongside her role at Steve Vick International (SVI).

Nicole joined SVI on the 17th August 2017 as an apprentice in our Research and Development department. She had already achieved an L3 BTEC Engineering qualification and so was well placed to take on the higher-level apprenticeship. 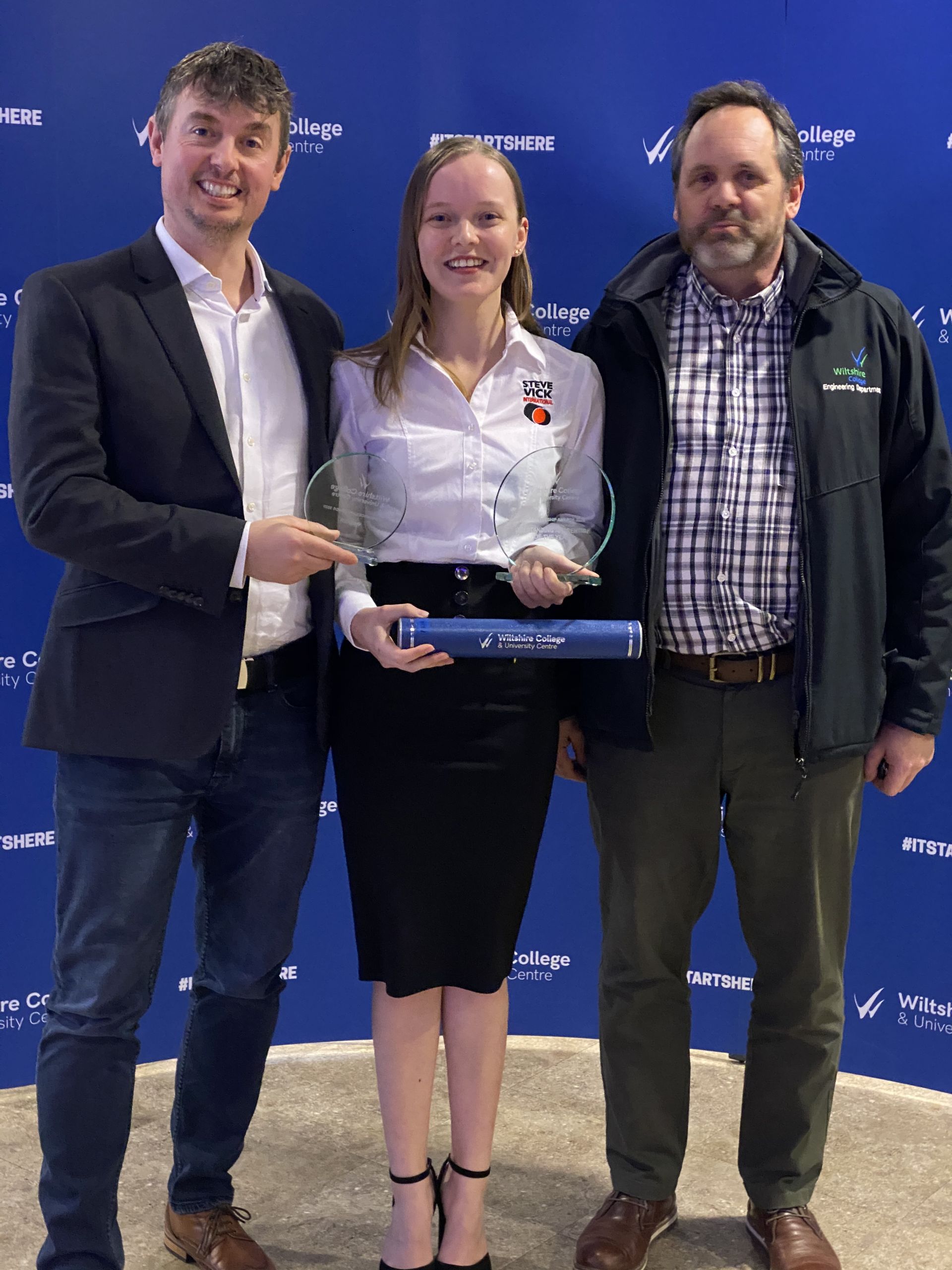 On starting her role with Steve Vick, Nicole bought a sound knowledge of engineering practices, gained from her L3 BTEC, which she set about using with great enthusiasm. She went on to complete, with distinction, an NVQ4 which proved that she could apply the theory she had been taught into her day to day work.

“Throughout her apprenticeship, Nicole always responded fully to the actions/targets agreed at each Assessor visit. She was a pleasure to work with, and the portfolio of evidence that she produced was of excellent quality.”

Nicole has worked on a range of projects at Steve Vick International including working on modifying the applicator gun for RSI. She has also worked on: Annular Endseal systems, RSI Sealant Removal, Nuclear foam bags, ESEAL 2, and other standard test work.

“Nicole has proven to be a valuable member of the Development Team. She has especially excelled in her role during customer facing meetings. She has been able to fully support the training of clients in the use of products that she herself has helped design. I am delighted that Nicole has won these awards and her hard work has been recognised”