Steve Vick International, based in Bradford on Avon, is celebrating its 40th anniversary as a leading manufacturer of innovative technologies for use in the utilities industry with the aim of reducing the number of excavations needed to carry out repairs and renovations.  The family owned and operated company was founded in 1981 by the current Chairman, Steve Vick.

During the past 40 years Steve Vick International has grown from a fledgling business which started at Steve’s home in Norton St Phillip, to an international concern, exporting to over twenty different countries.  SVI have also opened four depots across the UK.

The company has built a tradition of excellence in providing the gas, water and nuclear industries with highly innovative products and services that can deliver significant benefits, from reducing disruption, lowering costs, lessening the environmental impact and improving health and safety.

Initially operating from Norton St Phillip, the company quickly outgrew its premises and moved to Bath in 1989.  Whilst there, the company continued to expand, and in 2014 purchased part of Treenwood Industrial Estate in Bradford on Avon.

SVI currently employ over 80 staff, many of whom live locally.  This is a huge increase from the initial team of three who started the business back in the eighties.  Many staff members have been with the company for a long time, including the company’s current Managing Director, Crock Harrison, who started as Steve’s apprentice back in 1981. These long serving staff members are a huge benefit as they bring a wealth of knowledge and experience to the different industries the company operates in.

From the early days, Steve Vick International has always used local suppliers where possible.  This ethos continues today with many of their suppliers falling within a 30 mile radius of the office.

“I am delighted to see Steve Vick International celebrate its’ 40th anniversary.  It’s been a great opportunity to reflect on how far we’ve come as a company.  We feel very fortunate to have been able to grow the business on our doorstep and support the local area.”

Over the past forty years Steve Vick International have supported local charities too, including Dorothy House Hospice, Motivation and the Wiltshire Music Centre.

The company celebrated its’ 40th Anniversary by holding a party for staff and family.  Organised by several Steve Vick employees, the party was held in a marquee which was decorated by SVI’s inhouse sewing team.  There were entertainers for young children, teenage games for older children and a live band and cocktail bar for adults.  Steve Vick, Chairman of SVI, gave an after-dinner speech in which he thanked his family for their endless support and all the staff for their contribution to the success of the company over the years.  He also talked about looking forward to the next generation of family and colleagues who will take Steve Vick International on to a bright future. 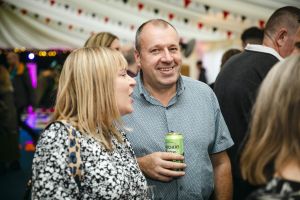 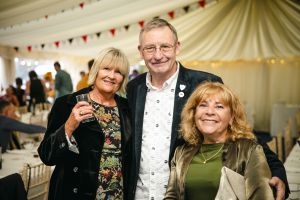 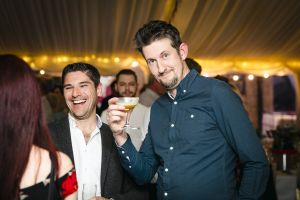 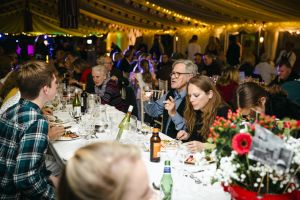 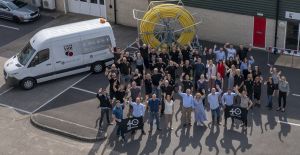