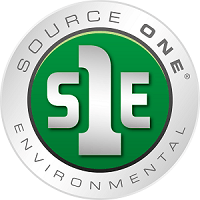 IBAK cameras will be available exclusively in the UK & Ireland from trenchless technology supplier Source One Environmental (S1E) from October.  S1E has invested in a Service Centre at its Yorkshire base to support these technologically advanced machines.

“IBAK is the largest manufacturer of pipe inspection systems, with its systems known worldwide,” stated S1E MD Glenn Cartledge.  “The quality and durability of their range is outstanding,

with features designed for operators’ comfort, and the developments and ideas the IBAK team are working on are genuinely exciting for the future of the industry.”

All of the products within IBAK’s modular camera range can be purchased from S1E directly.  In addition, S1E will service both new & existing IBAK systems from across the British Isles. 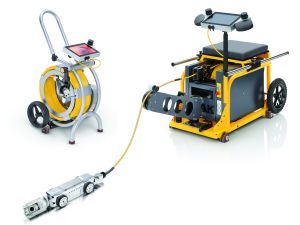 “Our new Service Engineer has already travelled to Germany to receive extensive training from IBAK’s own engineers, adding to his previous wide-ranging experience in mechanics.  He’s ready and excited to get to grips with these superior products,” continued Glenn.  “He will undergo continuous development with the IBAK team so that he understands both the older ranges and any new developments as they are launched.”

IBAK is celebrating 75 years in business this year and was the first company ever to develop and launch a sewer TV inspection system, back in 1957.  All IBAK products are precision-engineered at their German locations.  1 in 6 of the company’s employees works in research & development, often working in conjunction with customers, universities and other organisations to progress forward-thinking concepts.

Customers can select components such as control units or cable drums 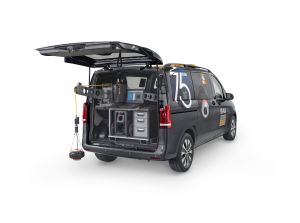 from a number of options, so that their system is ideal for the type of work that they undertake.  These elements can be changed at a later date if needed or further optional elements can be added into an existing system.

IBAK control panels are compatible with WINCAN software or they can be supplied loaded with one of IBAK’s own range of software, if wanted.  Cameras are high definition and their built-in LED lighting is high performance.

For further information or for demonstrations of the systems, please contact S1E directly.