How To Keep Homeowner Disruption to a Minimum When Pipe Replacing.

Replacing underground pipes requires some form of excavation. In the UK, it is estimated there are over 4 million excavations each year in the management of essential utilities. The extent of excavation depends on the method being used. For example, open cut excavation involves digging a trench the full length of the pipe being replaced or renewed. Pipe pulling requires relatively small excavations at each end of the pipe being replaced, thereby reducing the cost dramatically as less materials and labour is used to reinstatement the ground, and in turn keeps disruption to the public and homeowners to a minimum as projects take less time.

Keeping homeowners happy during pipe replacement is a factor contractors must keep in mind when starting a project. 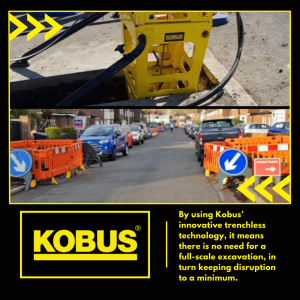 If an excavation goes wrong and work is prolonged it could cause backlash towards the contractor by the homeowner because of the disruption caused.

When a project needs large excavators, concrete/tarmac and pneumatic drills/peckers that are used to break up the concrete and tarmac, contributes to making a project that more disruptive for homeowners and the general public.  All of this equipment is what you would categorise as heavy duty, which additionally creates noise, dust, pollution and parking restrictions for residents and wider traffic flow issues for the public.

Furthermore, the issue of traffic management cost, and the constant risks of fines from local authorities if projects over-run are another factor contractors must bear in mind when pipe replacing. There may also be lane rental charges introduced in high congestion areas due to inaccessible roads.

Disruption to a minimum

Solutions to keeping homeowner disruption low, is the use of pipe pulling machinery. Kobus Pipe Puller’s KPP 300 and KPP 400, both only require small excavations, which means there is low reinstatement costs. The machinery itself is small and easy to use unlike most heavy-duty technology, the puller can be positioned easily in small excavations, even with very congested utilities, it doesn’t require a large clear flat area at the base of the excavation. The extraction technique used is continuous spooling of the old and new pipe, which ensures the pulling is quick without the need for manual operation, which in turn keeps labour costs down. All these factors combined creates homeowners a small and quiet excavation site, with the added factor of the technology operating speedily, means homeowners aren’t disturbed for more than they have to be. 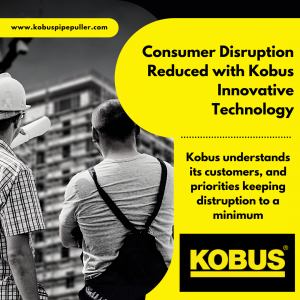 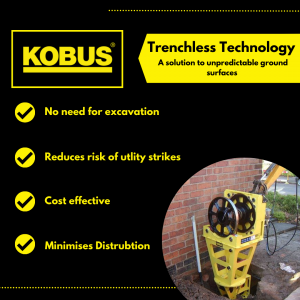 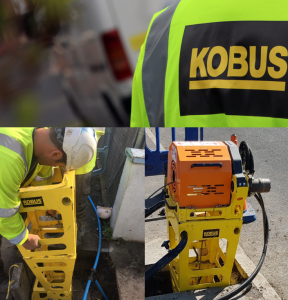