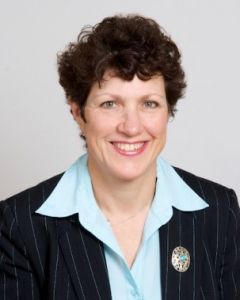 The Women’s Engineering Society (WES) recently issued its listing of who it feels are the top 50 Women Engineers In Sustainability across the UK. UKSTT’s friend and associate Jo Parker has been listed as one of these 50 women. The following interview looks at Jo’s career and her hopes for the future of the industry.

First of all Jo, congratulations on making it into the Top 50 Women Engineers In Sustainability on the Women’s Engineering Society (WES) listing.

What does it feel like to be recognised for what, for those of us that know you, has been a significant part of your working life?

I am absolutely blown away. I decided I wanted to be a civil engineer at 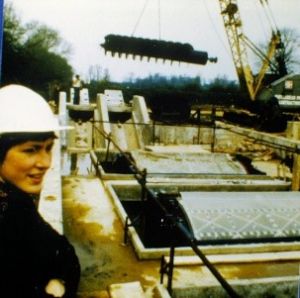 the age of 14 and I have worked in the water industry since I graduated, in fact my first taster was a vacation job after my first year at University. I love it. There were several occasions when I could have moved to another industry but I love working in an area which is so essential, makes such a contribution to society. Therefore to be recognised for my contribution to the industry just means so much to me.

What does this listing mean to you personally?

I have been going around with a big grin on my face. When I first started work (nearly 50 years ago) a lot of people were sceptical about women engineers generally and reckoned I would not stay but there were other people who were supportive and the award is a tribute to them as much as to me. I just wish my parents were alive to see that, but my husband was really pleased for me and has been incredibly supportive of me.

What was your background/experience originally and what brought you into the trenchless industry and your association with and ongoing commitment to UKSTT? 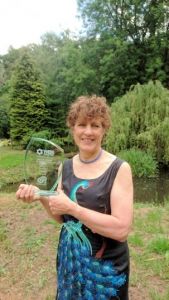 I have moved between the disciplines of water treatment and water distribution but I have always found water distribution fascinating and became interested in the whole concept of asset management and considering the whole life cost and management of the distribution network. As Head of Network Asset Management with Veolia Water UK I was constantly trying to find better ways to renew and replace water pipes and became interested in trenchless technology then as well as in the technology which supports it such as the management of asset records and asset condition assessment.

What has been your most challenging engineering/trenchless experience over those years (project/product development)?

It would be difficult to choose between managing the Section 19 rehab programme for Veolia Water which required constant liaison with customers and working in the street cheek-by-jowl with the public. If relining did not go to plan then a whole new set of notices had to be issued with the required minimum notice. The other project which was completely different was the installation of a trunk main running between Iver and Egham treatment works to the west of London. It was needed in a hurry due to a drought at the time and we had just about every main-laying challenge to meet – it crossed the main western railway line, the M4, several rivers and SSSIs. Trenchless was absolutely essential for that project.

What do you see as being your own greatest personal achievement in Engineering and in particular in the trenchless industry? 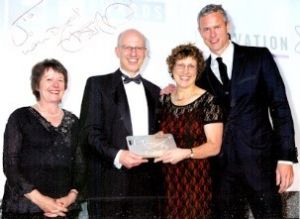 from different utilities. This was awarded the IET innovation prize and the NJUG prize and lead to the Scottish on line records system ‘Scottish Vault’ which was a world leader. At long last a similar system is being considered for England. Good buried asset records are essential for any trenchless project and this will make life so much easier for both designers and site engineers and facilitate all types of trenchless projects.

Have you any now or when you started in trenchless did you have any particular role models in the industry? Who were they and why were they so influential? 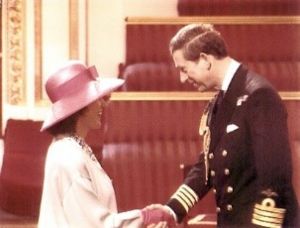 I owe a huge debt of gratitude to 2 people who were very supportive to me. One is Ted Flaxman, who has been a great role model all through my career. The other is John Heavens, who lived near me in Oxford and became a good friend and was very supportive when I started as an independent consultant. Finally I must give a mention to Norman Howell, who has been a great source of advice and support.

What do you currently see as the UK’s and the industry’s most urgent challenges in your industry sector or more generally?

Climate change is a huge challenge to everyone but particularly the water industry. This will make rainfall less reliable but rainfall events will be more intense so the resilience of the water infrastructure becomes even more critical with more interconnection of supplies – which means more major pipelines. Add to that our ageing infrastructure and I can see plenty of work for pipeline engineers, particularly trenchless experts.

Where do you hope to see the trenchless industry in the next 10 to 20 years?

I hope that trenchless will become the norm, including for the repair of leaks and investigation of problems. Everything will be done by robots with minimal opening of the road. Hydrants or other access points will facilitate entry into pipes and networks will be highly instrumented and managed far more proactively. From the point of view of remote access and inspection, the sewerage side of the water industry is ahead of clean water but instrumentation is less developed.

How has the engineering sector changed for women in your time in the industry? 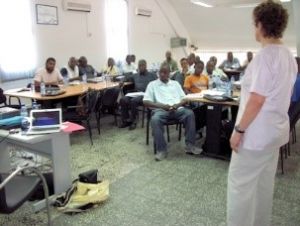 Dramatically. When I first enquired about a summer job with a contractor based near me, I was told I could work for them whilst I was at school but they would never employ me once I graduated because they did not employ women engineers. That was legal then! At my office for my first job in Thames Water – a design office with mostly professional engineers – the walls were plastered with girly calendars and I was constantly moaned at for not wearing a skirt. When myself and a couple of other female managers started the group ‘Women in Thames’ we were told to disband it by the HR Director. I found it hard to get a job in operations because I did not have experience of managing manual labour and had to ‘prove myself’. Thankfully things are different now.

What must the engineering sector and in particular the trenchless sector do to attract more women to take up engineering as a career?

Firstly they need to ensure girls are attracted to STEM (Science/Technology/Engineering/Maths) subjects. There are some great initiatives out there and more girls are studying STEM subjects. However there are pressures on some teenage girls to ‘conform’ and so there need to be more role models out there showing women engineers having exciting and rewarding jobs. I also think sometimes the industry does too much to promote the technical side of trenchless and not enough to promote the environmental and social benefits.  The pipelines and cables installed support humanity – water has been an essential part of the fight against Covid 19 for instance but how often do those ensuring that a water supply is available in every house in this country get featured as key workers? Finally I think the industry needs to think carefully about the wording of job adverts. Thames Water did this and dramatically increased the females applying for operational jobs.

Do you have anything else you would like to say about the industry or UKSTT?

it is a supportive, active organisation which encourages anyone who is interested in trenchless technology to get involved. The way it has reacted to the Covid-19 challenges has been impressive and shows its ability to adapt to circumstances. Finally I would like to thank all my friends in the Society for their support and friendship over the years.

Many thanks for your time for this interview and once again congratulations on making it onto the WES Top 50 Women Engineers In Sustainability listing.