A CREW from one of the UK’s leading trenchless specialists has earned praise after completing a lining job in testing conditions.

The Tyneside arm of Jet Aire Services, which also has a headquarters in Leeds as well as a depot in Darlington, was tasked with carrying out a lining job on behalf of Northumbrian Water.

The site was located just off the A19 in County Durham, and involved installing lining in a thick wooded area across 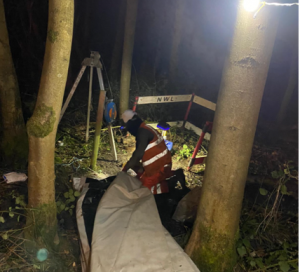 three nights so not to disrupt traffic on a key route between Tyneside and Teesside.

Before starting with the drainage side of the project, the team had to erect lighting structures to enable them to see where they were working before setting about their cutting, cleansing and lining tasks.

Jonny Pyle, Lining Supervisor at the KwikFlow/Jet Aire Tyneside operation, said: “The team spent four nights carrying out cutting, cleansing and lining works each night and the deeper into the woods they got, the more difficult the job became.

“I think every one of them deserve massive credit for battling the elements to achieve what they did in a week.

“I’ve had glowing reports coming back from the client about how the lads have conducted themselves and the client has said they have said they will be looking to use us again in the future.”

Jet Aire acquired KwikFlow in September last year to expand its reach across the north of England.

The business was then subsequently taken over by environmental specialists Adler & Allan, but continues to operate under the Jet Aire Services banner. 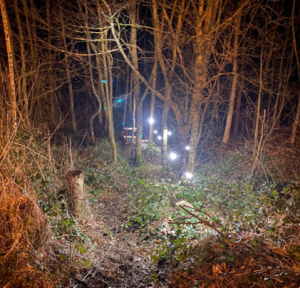 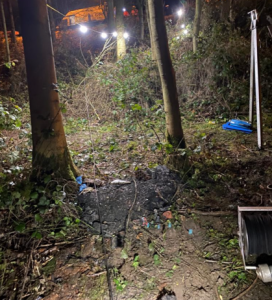