HS2 has released the first images of its new Herrenknecht tunnel boring machines (TBM) that will help construct the new high-speed rail line. 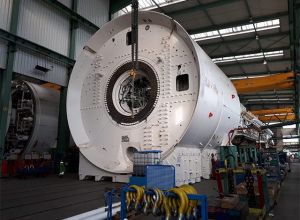 HS2 is a new high-speed railway linking London, the Midlands and the north, serving more than 25 stations across eight of Britain’s largest cities.

This week, the first images of two TBMs were released with the machines to run non-stop for 3.5 years until the required tunnelling works are complete. 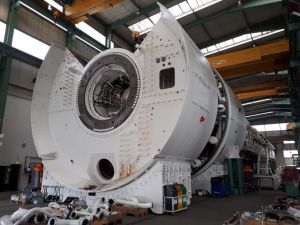 Constructed in Germany by Herrenknecht, the TBMs are 170 m in length, weigh approximately 2,000 t and will tunnel up to 80 m below the surface.

The machines will have a 10.26 m cutterhead, while the internal diameter of the tunnels the trains will pass through will be 9.1 m and lined with concrete segments weighing 8.5 t.

“The TBMs are one of the most fascinating aspects,” he said.

“Like mini cities, they will spend 24 hours a day, seven days a week 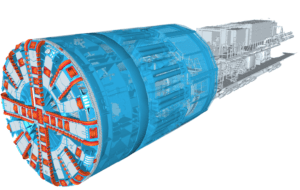 boring under the Chilterns so that the homes and habitats above remain undisturbed.”

HS2 is inviting the public to vote on their favourite TBM name from a shortlist of three inspired by female scientific and medical pioneers.

If you have news you would like featured in Trenchless International contact Managing Editor David Convery at dconvery@gs-press.com.au

The above article was originally published in Trenchless International, the official publication of the ISTT. For further information visit trenchlessinternational.com