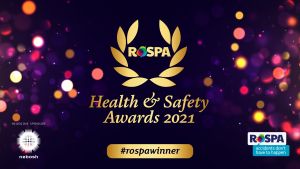 Every year, almost 2,000 entrants vie to achieve the highest possible accolade in the UK’s longest-running health and safety industry awards. Organisations receiving a RoSPA Award are recognised as being world-leaders in health and safety practice.

Magdalene, a leading telecom infrastructure and technology solutions provider, has been awarded a RoSPA Gold Award.

Morrison Data Services, a leading data services provider to energy and water utility retailers in the UK and Ireland, has received a RoSPA Gold Award.

Morrison Telecom Services, a leading provider of infrastructure design, build and maintenance in the fixed telecom market, has been awarded a RoSPA Gold Award, completing a hat trick of awards for the M Group Services Telecom Division.

Morrison Utility Services, that has since transitioned into Morrison Energy Services Ltd. and Morrison Water Services Ltd., received the Commercial Sector Award in recognition of consistently high standards in health and safety performance.

Jim Arnold, Chief Executive, M Group Services, commented: “We recognise the vital importance of achieving working environments that are healthy, safe and injury-free as our people deliver essential infrastructure services across the UK’s energy, water, telecom and transport sectors. The last 18 months have shone an even brighter light on the importance of health and safety and this recognition from RoSPA is testament to the strong values and practices that our businesses have worked so hard to maintain during the pandemic period.

“Morrison Utility Services was one of a select group of organisations to win RoSPA’s highest accolade, the Sir George Earle Trophy, on two occasions and our aim now is for Morrison Energy Services and Morrison Water Services, along with other M Group Services’ businesses, to build on this legacy of health and safety excellence.”

Julia Small, RoSPA Achievements Director, added: “The RoSPA Awards scheme is the longest-running of its kind in the UK, making it one of the most sought-after achievement awards for health and safety worldwide. RoSPA is very proud of the achievements of its entrants, and with this award we recognise the best of the best, an organisation that has raised the bar for the delivery of safety in the workplace. Our RoSPA Award winners are central to achieving this goal, driving up standards and setting new safety benchmarks for organisations across the world.”