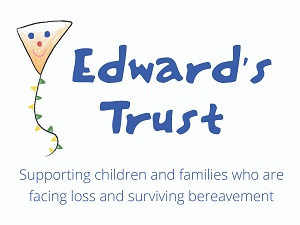 Golfers were invited to join Edward’s Trust for their annual Golf Day that took place on Monday 12th July 2021 at Olton Golf Club. This was the 12th annual event organised by charity ambassador; Richard Page. The Future Water Association and UKSTT also joined Richard to host the day for Edward’s Trust’s 32nd Anniversary. Over the past 12 years this event has raised over £120,000 for the charity providing vital funds for the Trust.

Players were able to enjoy 18 holes on a beautiful championship course with a staggered start (due to Covid restrictions)  as well as breakfast rolls and  a two course meal and presentation as each team returned back to the club house on a staggered format.  Some great raffle and auction prizes were also up for grabs, and sponsorships packages were available from £600 for 4 players. The sponsorship fee also made a contribution to the overall fundraising amount that goes directly to the Trust.

Yvonne Gilligan Chief Executive of Edward’s Trust says, “We are so grateful to Richard for all the work he puts into 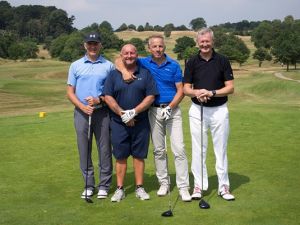 organising such an amazing day year on year, especially this year as he was up against some challenging Covid restrictions.  It costs over £580,000 for Edward’s Trust to provide our bereavement services to the thousands of families we support each year. We rely on our supporters and events such as the annual Golf Day, as we would not be able to continue providing our vital services without the support of Richard and our fundraisers.”

“I know what it’s like to be bereaved. I know the feeling of pain and isolation.” Says ambassador and golf organiser Richard.  “When my Daughter Natalie died aged 22 it was like part of me was ripped out. I was lost, angry and confused. I thought I’d never stop the tears. I couldn’t work and parts of me just shut down. Edward’s Trust helped me, helped my family and gave me the tools to forge a new life. I will always be grateful for Edward’s Trust. Now through this Annual Golf Day each year. I can continue to help raise the funds to support other people and families through their darkest moments. This is impossible though without people like you. It’s only through the generosity of sponsors and supporters that my golf day succeeds, and we were delighted that this years’ Golf Day raised yet another £10,500k 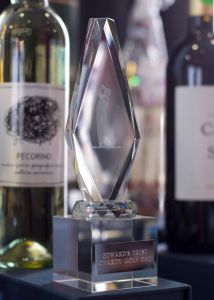 Edward’s Trust was founded by Peter and Hilary Dent in 1989 in memory of their son, Edward, who died of cancer when he was 7 years old. Over the past 32 years Edward’s Trust has evolved from an organisation providing home from home accommodation in Birmingham, for families who had a seriously ill child in hospital, to what it is today – a holistic bereavement support service for parents, children and carers.  The Trust offers support through counselling and a ‘Wellbeing in Bereavement’ service that includes complementary therapies and respite bereavement care for bereaved parents and carers. Edward’s Trust also provides specialist support groups, retreats and social activities as part of its holistic bereavement support service.