API was recently contacted by a private customer regarding the loss of water supply to a property in London.

Thames Water investigated outside the property; however the issue was an internal one. The property had lost all of its water supply after a plumber had serviced the boiler.
API offered a solution by using the PIPA Hydrocam S system. The camera entered the 50mm water pipe via a removed stop tap, and quickly identified the issue being a faulty ball type check valve.
A key hole excavation quickly exposed the valve and minimal property damage was caused to the 6 storey central London property.

The camera entry point was on a small diameter 50mm service pipe.

The survey was undertaken within 30 minutes and pipe issues were identified. The camera was then used as a pipe trace system to identify the sensors exact location.

API uses PIPA technology that includes a pressure rated camera (Hydrocam s) tethered to a 105 metre semi rigid rodding to give the operator live video and recorded data during an inspection. The system enters a pipeline via a standard fire hydrant or 1” tapping, and is fully chlorinated during its Insertion; the system works on a live basis, with no Interruptions to the clients services and with several surveys undertaken this unique product can cover up to 8 surveys per day.

The technology is the latest live main inspection system on the market being fully battery powered and only requires a 1 man team for its implementation.

PIPA has also developed reporting software to quickly present the results in a detailed report document.

* API located the faulty valve below a kitchen cupboard area

*Tethered insertion technology system allowed for precise pipe assessment to give the client data including visual condition assessment, confirmation of material, lining and ID of pipes

It would have been very difficult and expensive for the  contractor to excavate and remove floors and were also discussing opening up wall space areas on further pipe investigations.

The camera is now commercially available globally offering a trenchless pipe assessment solution to the industry.

API representative: The project was a great success, and also a great case study for our company. The contractor had exhausted all other pipeline inspection avenues, and was more than relieved when we offered a solution.

API has also delivered successful projects with the majority of the UK water utility companies, and many other projects overseas.

Client feedback:
I am very happy with API for solving my problem so quickly. I searched on the internet for other companies in the London area, but nobody could offer a camera survey on such a small pipe!
Luckily the camera found my issue was under a kitchen cupboard, we were previously discussing digging up the entire ground floor of my property!
Many thanks API you found it! 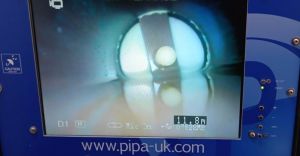 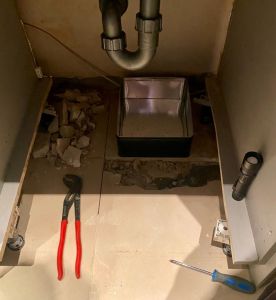 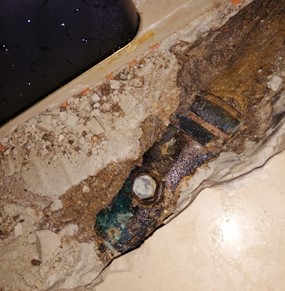 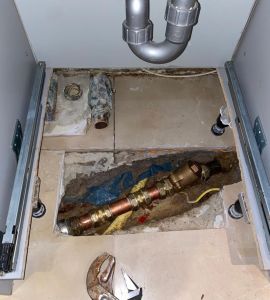